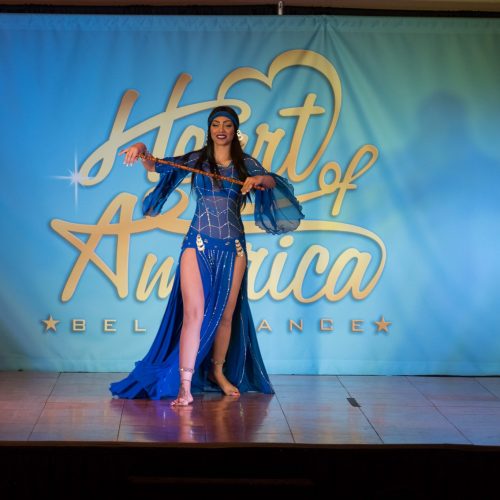 Sahar Samara is currently the hottest rising star in Cairo.  A protégé of Aida Nour, her style is unique and she blends both classic and modern in her Oriental performances and her folkloric  repertoire is breathtaking.   She began her professional dance career in Sharm El Sheikh Egypt as a member of Tito’s folklore troupe.  Soon she was a popular soloist and she was prompted to move her career to Cairo.  Sahar is the star dancer at the Blue Nile River Boat located in Zamalek, the entertainment center of Cairo.

Sahar has appeared in numerous Egyptian music videos with famous singers, dance videos, and movies.  In 2014, Sahar was selected to participate in Dina’s Egyptian television competition show, “Al Rakesa” which catapulted her into the international belly dance scene.  She is highly sought-after as a performer and instructor throughout the world and has been hosted in countries such as Russia, Italy, France, China, and Germany as well as prestigious Festivals in her home country of Egypt. 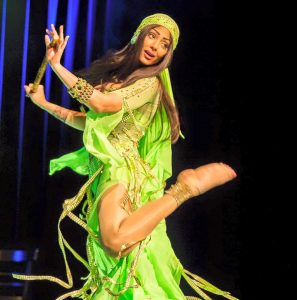