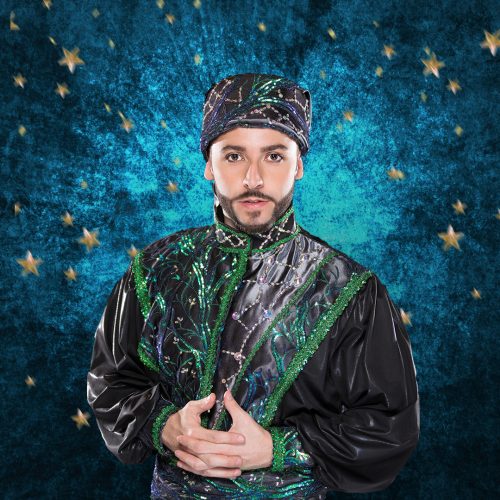 Lebanese Simon was born and raised in northern Lebanon. With a natural passion for cultural arts, he found himself drawn closer to dance. Simon has traveled internationally to teach and perform.

His style of Lebanese Folk Dabke is described as strong, captivating, and deeply heartfelt. Through oriental dance, Simon reveals his personal creative approach with a focus on technique and rhythms. His versatility in dance has brought him very close to the heart of a wide range of audience and followers around the world.

Since 2010, Simon has served artistic director and manager for the Al Awtar Zaffa Group based in Houston, Texas. He is also the Executive Producer and Artistic Advisor of the yearly Gulf Coast Raks (formerly the Houston Oriental Dance) Festival. Settled in Houston, Texas, Simon is a Structural Engineer and enjoys horseback riding and great long walks in nature.

Friday Workshop
Dabke Pop tech and Choreo – starting with technique and essence of Dabke rhythms and basic formation to a series of Dabke combos essential to any Bellydancer who wants to energize her dance and enrich her folklore and oriental vocabulary with subtle foot transitions and sass. Dabke Pop, yes it’s real, you cannot miss it.

Saturday Workshop
The Arabesque – a series of arabesques, the timeless movement that evolved on golden to present stars reflecting their style and personal soul on the stage. Later in the class we will employ few of these stylized arabesques in a soulful romantic song/Choreo as time permits.